Busy lives being what they are — I did not have the opportunity to sit down with In the Country of Stones when it published in June of 2017. My copy arrived, and time slipped by. Shame on me. Nicolas Blandin’s book is a wonderful collection of images made when he travelled to Armenia in 2013–2014 after being captivated by the land and its people on a previous visit.

The landscapes Blandin captured are beautiful in their stillness. The layers of history, memories and culture appear in icons made visible. Telephone poles, highway ruins, and ancient carvings all evoke an ancient Christian past, and the Soviet government that ruled there for over 70 years is recognized as well. Both exist, at least visually, in a harmony knit together by the people of Armenia. Blandin comments on this aspect of the people in the book: “We had heard about the legendary Armenian hospitality, but we were still humbled by the level of openness and generosity we encountered. During those three weeks on the road we had the strange feeling that we had reunited with distant relatives…” 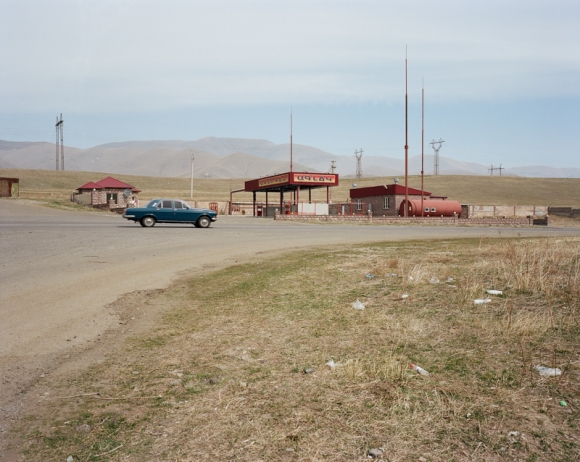 The mix of images in the book include almost as many portraits as images of the land itself. Yet I undoubtedly consider the book to be about Blandin’s journey to this raw, poetically beautiful place. The placement of the images within the book are such that one image leads the viewer into the next with a feeling of wonder, and time seems to fold back and forth on itself. A portrait of teenage boys wearing contemporary clothes is juxtaposed with an image of a house interior with a metal stove that could easily be from the early 20th century. Massive Soviet brutalist architecture follows an interior photo of a monastery from the 9th century complete with early Christian iconography. And each person shown in the book gazes directly at the camera, and thus right at the viewer — hinting at the openness and familiarity Blandin felt. 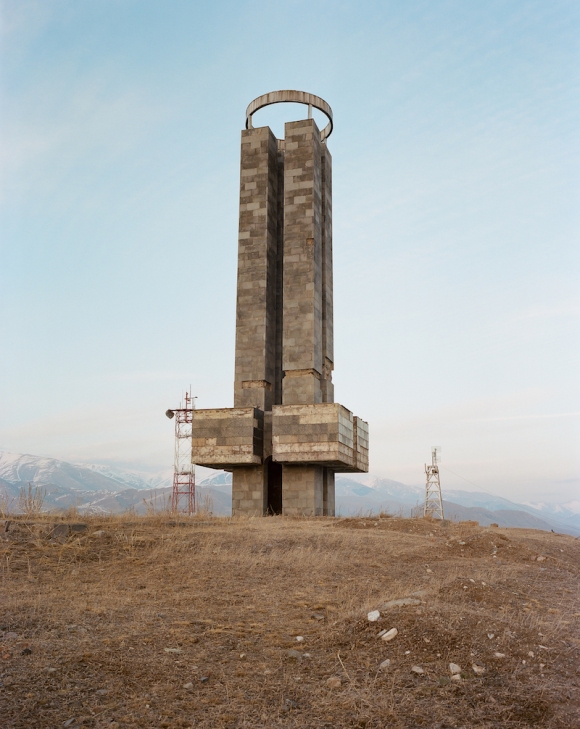 The book sold out its first edition 150 copy print run, not surprisingly. Much like many of the other editions published by Another Place Press, the book’s size is very personal in nature; lending to a meaningful interaction between the images and the viewer. The photos are printed beautifully on uncoated paper, which gives them a warmth and softness without sacrificing clarity. 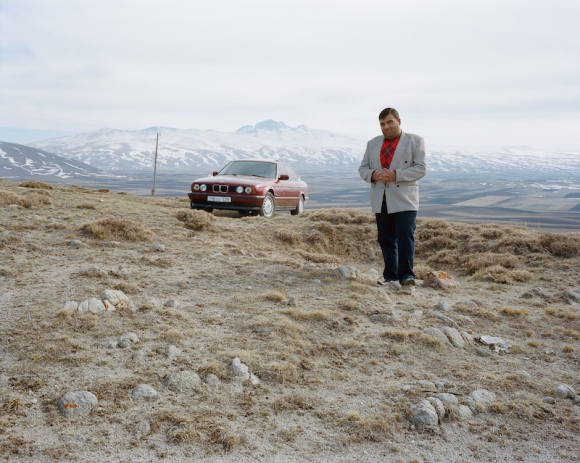 Blandin speaks to the backstory of the project, as well as the historic narrative of Armenia and how it frames his work in those contexts. He closes his statement in the book by saying, “The images in this book are the result of a personal journey. They are partial, subjective, selective, even oblique. They do not amount to a definitive vision of the country. How could they even presume to record a nation in such a state of flux? In my photographs, I am seeking to tell my own story, as well as the stories of others, as honestly as I can. Rather than documenting the history and the landscape, my approach to both is rather more poetic and lyrical. And yet, to borrow Jocelyn Lee’s words, photographs, unlike paintings or drawings, remain “mysterious but irrefutable anchors to a real event in space and time.”

In the County of Stones — Nicolas Blandin

Nicolas Blandin is a self-taught French photographer based in Annecy, France. Winner of the 2017 Feature Shoot Emerging Photography Awards, his work has been featured in various publications both printed and online. Besides freelancing for editorial and commercial clients, Nicolas is working on several long-term personal projects. His first book entitled “In the Country of Stones” was published by Another Place Press in June 2017.

Feel free to get in touch for commissions, collaborations, print inquiries or just to say hi.

Another Place Press is a small independent publisher interested in contemporary photography that explores landscape in the widest sense, covering themes which include land, place, journey, city and environment — from the remotest corners of the globe to the centre of the largest cities. Iain Sarjeant is the founder and editor of Another Place, and Another Place Press.