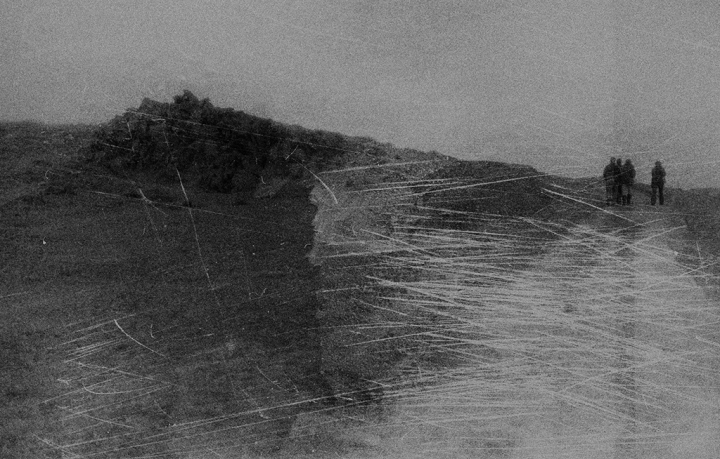 What was old is new again – A conversation with the past

A drawer with rolls of exposed film sat quietly for years. Every once in awhile, Al Brydon would nose about in that drawer, then shut it and forget about them again. But one day he didn’t shut the drawer. “I couldn’t tell you why”, Brydon recalls. “When it’s time it’s time, I guess. The rolls of film suddenly became a way of having a conversation with my past self. I just needed fifteen or so years to realise it. Who wouldn’t want to get into a time machine?”

Brydon took on the chance of obliterating the images taken years before. The fruitful happenstance results of re-exposing those rolls of film were well worth the risk.  While the number of chances for good double exposures was very high, taken amongst roughly between 500 and 600 frames, Brydon states, “The hit rate for usable images was low. There’s only so much serendipity one person can muster it seems.” 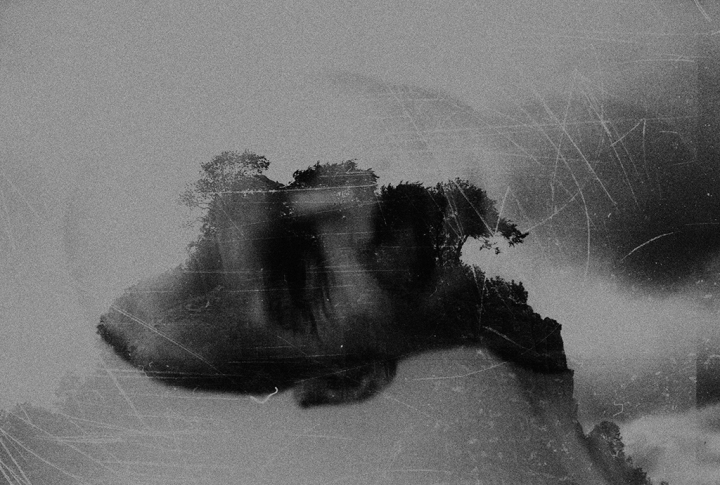 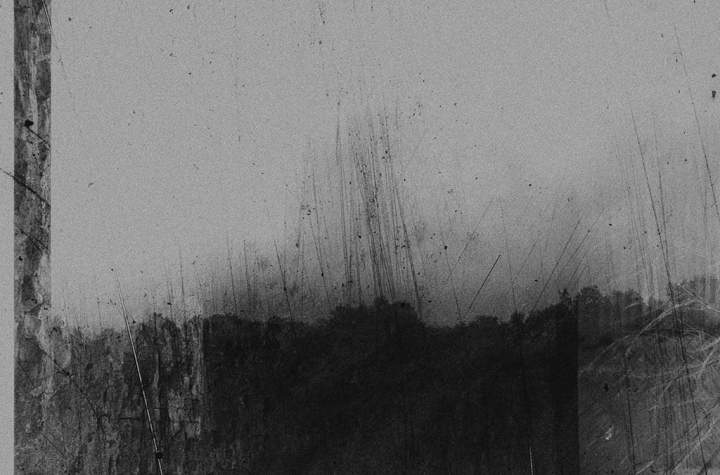 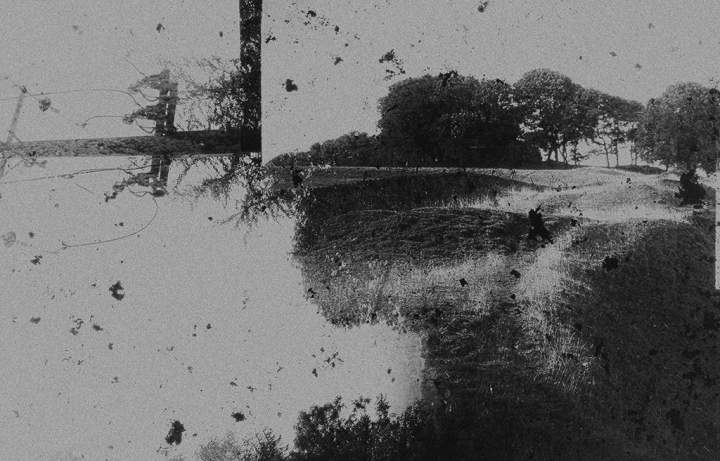 The images in Based on a False Story are a wonderful mix of beautiful double-exposed portraits of old friends and new, juxtaposed landscapes, and tactile images of balanced geometric shapes and forms that construct dreamlike scenes with silhouetted human forms in the distance, or trees forming a horizon line within the portrait of a young man. The images draw in the viewer and evoke a sense of recalling past places and people affected by the passage of time. ‘False Story’ is Brydon’s second book published through Another Place Press this year, and rounds out a full year of marvelous publications from this small-but-mighty publisher. 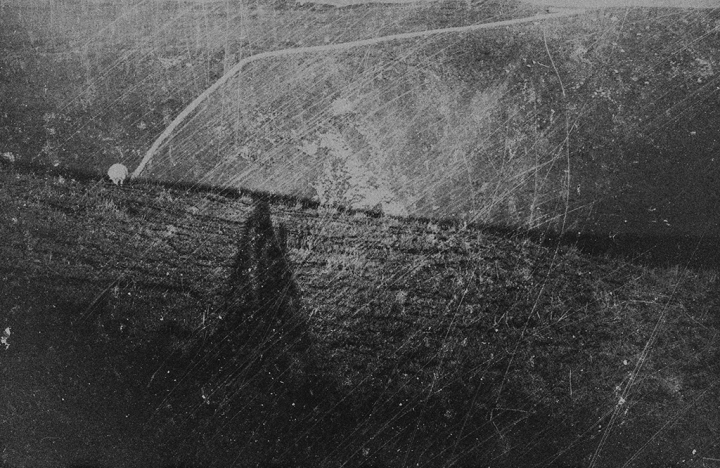 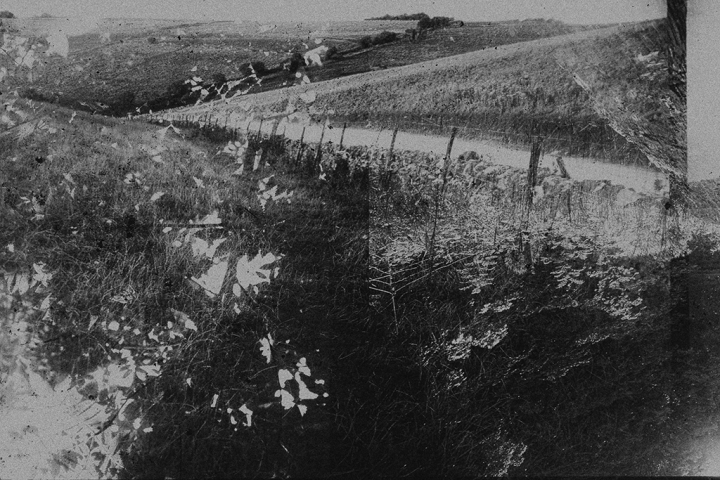 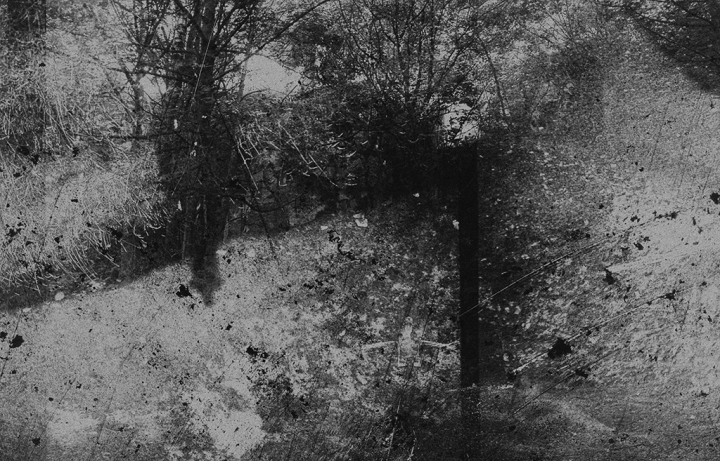 Brydon has worked with double exposed film in other projects, including a project with California based photographer J.M Golding. Brydon and Golding swapped rolls of film each other had shot in their respective haunts, and the resulting project, “Tales from a non-existent land”, have a strong influence for this new project. Both projects may be born from a specific type of photographic technique, but both also transcend and speak of something more than the photographic process itself. Brydon has taken it even further by addressing the landscape of the physical and metaphysical worlds. 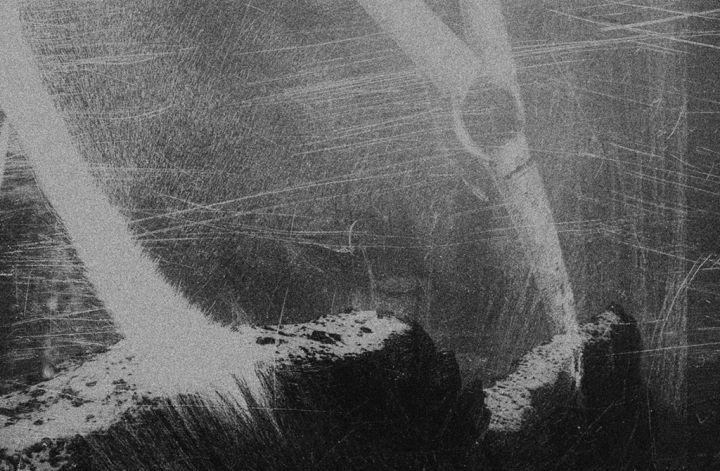 Brydon has described his process of working on his landscape work through the analogy of listening; “The dead sing songs, and I am trying to learn how to hear them.” With consideration to all the occurrences man has taken to alter the physical landscape surrounding him, Brydon listens and tries to interpret the history of the land, both past and present. In this way, ‘False Story’ is also a process of connecting one’s past and present. This applies to the personal as well as the physical. Brydon says, “Some of the last photographs I had of one of my best friends were hidden in the rolls somewhere and I was worried about losing them. As it turned out, one of these particular photographs became the most successful in terms of delivering exactly what I was trying to convey. But I had no idea what was on the films really. It was more about a feeling than any compositional considerations. I tried to imagine the younger Al and I walking together while I was making the photographs. What would we have talked about? Would we have even liked each other? We are two extremely different people after all. I just walked and went to places that felt right. There were no rules and no deadlines. I was in the enviable position of freedom within the confines of a two dimensional medium and a limited number of rolls of film.” 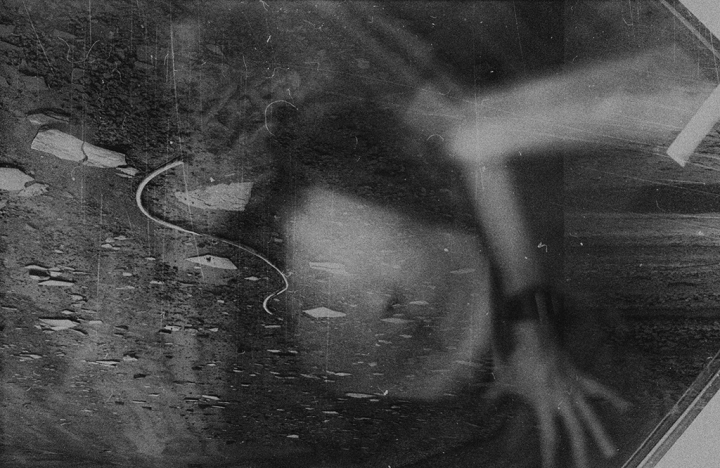 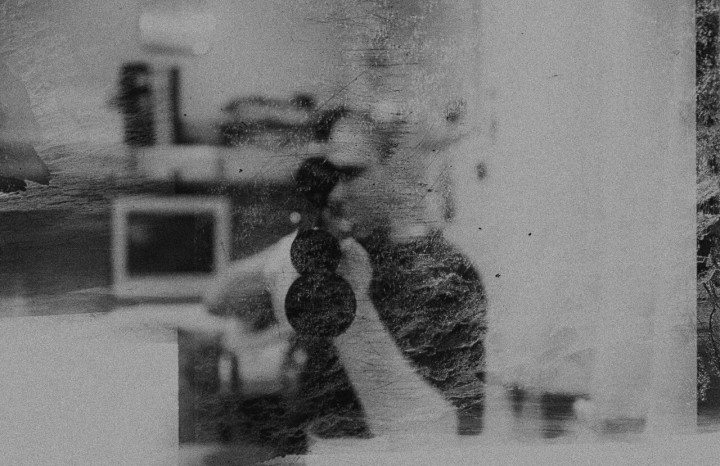 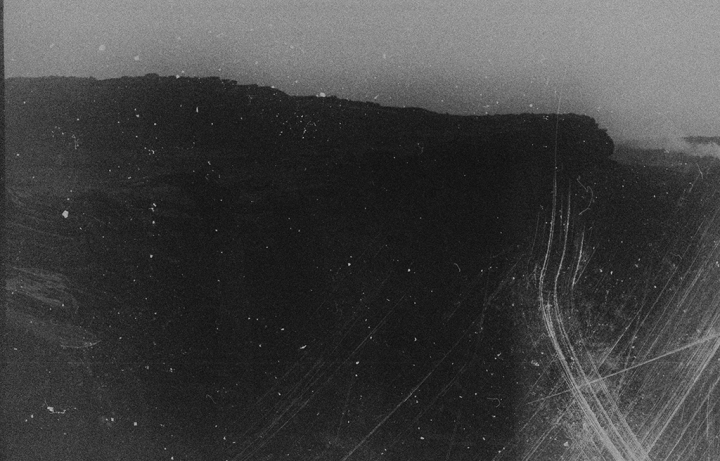 When I asked if ‘False Story’ feels like departure from the majority of the landscape work he has been creating, Brydon said, “Maybe a slight departure… I’d like to say everything I do is well thought out and totally intentional, but this is a falsehood. I make the work, then work out why as I go along. In this instance the process did inform the end result. I was aware there would be some photographs on there I would have liked to see without the addition of another frame over the top. There’s a sadness to the work, but it’s necessary, and as it should be. But the world happens to be immensely beautiful, and I hope I’ve at least conveyed some of that beauty in the photographs.” 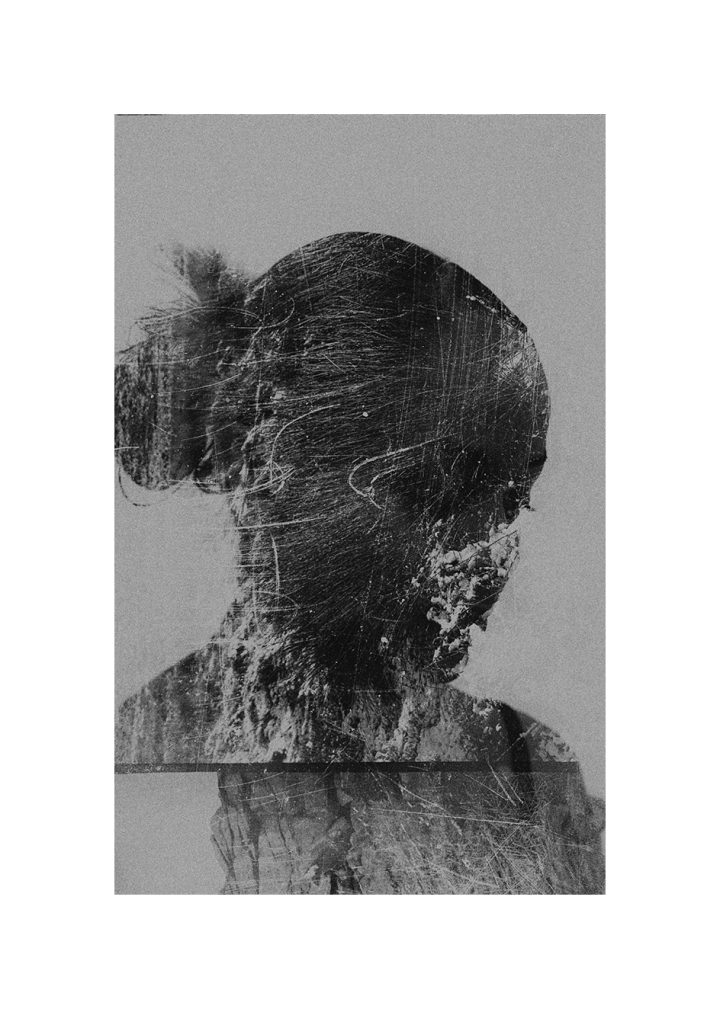 From all the various types of films stored in that drawer, Brydon had to impose some order for the purpose of the project. “Because I was working with different films and due to the chaotic nature of the work I wanted a uniform aesthetic. They were scanned and converted to mono with slight adjustments here and there. I also added the scratches but this was done by literally kicking the negatives around in my cellar. The act of re-exposing the negs was a destructive one and I wanted to continue that destructive process after I’d got the processed films back from the lab. I knew once the films had been processed and the work finished that effectively it would be the end of the conversation. I’m not sure about the long term effects of the work yet. I’m interested to see how I feel about the photographs in a year or so.  I did however keep one film back. This will be re-exposed in another fifteen years so I can have one more stern chat with myself.  I will be 55 years old.”

This psychological evaluation of one’s current self against one’s past self reveals what we know to be true – we are not who we once were. By examining our past self, we change not only who we were, but who we are now. Through the process of creating ‘False Story’, Brydon’s conversation with his past self and destruction of his original images has actually revealed glimpses of his present self. We can only assume that his current work will foretell the work to be created in 15 more years – when he will re-discover who he is, and was, anew. 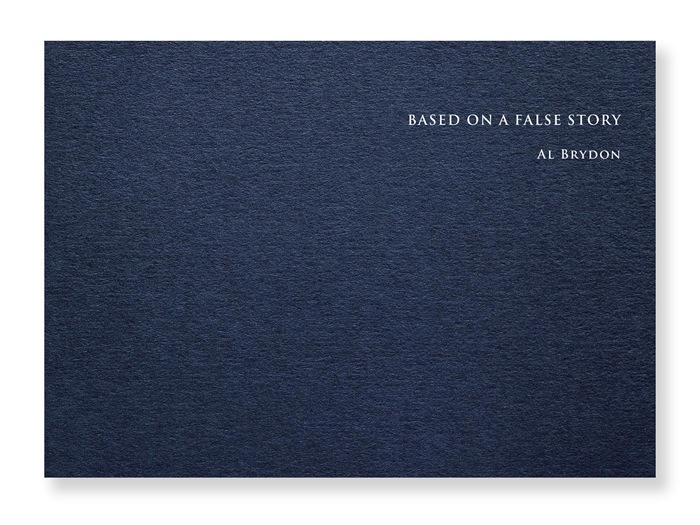 Al Brydon is a photographer based in the North of the UK. He is less tall than he seems on the internet. To see more work and projects, visit his website: http://www.al-brydon.com/

Another Place Press is a small independent publisher interested in contemporary photography that explores landscape in the widest sense, covering themes which include land, place, journey, city and environment – from the remotest corners of the globe to the centre of the largest cities. Iain Sarjeant is the founder and editor of Another Place, and Another Place Press.