Capturing luminous moments between the momentous

‘MTWTFSS: Chapter 1. 2010-2015’ is a vulnerable, honest and intimate photo book by the emerging photographer Sophie Harris-Taylor whose autobiographical body of work is made of images taken from her photographic diary of the past five years.

The book is laid out in a traditional journal form, much like a decent sized Moleskin notebook, complete with a strip of fabric to mark your place. The front and back cover are stamped/faux-embossed with the book title and short statement. I appreciated its understated presentation, especially in a time when larger photobook publishers are really trying to vie for the attention of their customers. The handcrafted design esthetic of MTWTFSS is definitely in the ‘Win’ column.

Harris-Taylor has compiled a collection of images spanning a five year period, in a diary-style fashion. Her images are presented almost exclusively as single image pages, with the occasional blank or two-page spread for visual pacing. The limited first edition of 500 copies are hand numbered and signed.

In describing the book, Harris-Taylor says, “MTWTFSS is an autobiographical, fragmented, sporadic photo diary. It is a reflection of myself and those I know and love. In familiar, often mundane surroundings I seek to capture some element of truth of our lives. For me these ‘everyday, forgotten nothings’ are more important and truthful than any other. These are the moments between the momentous.”

Harris-Taylor relates the personal aspect of the book by saying, “MTWTFSS is the most personal to me. It’s only become apparent recently that although I’m representing aspects of other people, I’m seeking the aspects I’m familiar with and which I can relate to the most. So I’m really using them to express myself.”

I truly did get the feeling I was privy to a photo diary, where the author had chosen certain places, people and images that evoked a sense of vulnerable moments captured between her and the people in her life. The book’s presentation didn’t feel forced, and while the promotion for the book describes the images as “spontaneous”, I would be more apt to describe the style as “informal” despite the acute attention Harris-Taylor gives to light, composition, and the connection to the people sitting before her lens.

“At the same time as seeking their vulnerability I was in awe of their confidence and ability to be comfortable in their own skin. In truth, I was in awe of my friends. One girlfriend in particular; she let me in, she gave me what to capture and I became almost obsessed with the act of photographing her. There were moments of sadness, moments of vulnerability, she never put up a front or undermined what I was doing, she let her guard down and this is what I became interested in.”

The understated moments that make up much of what we construct in our minds as the memories of what has taken place, where we have gone, and who we have encountered, are the memories we recall when reminiscing. Harris-Taylor has taken the reader/viewer into her own memories and revealed the mostly hidden, simple moments by being our (sometimes literally) bare and vulnerable self, our true moments without facade. 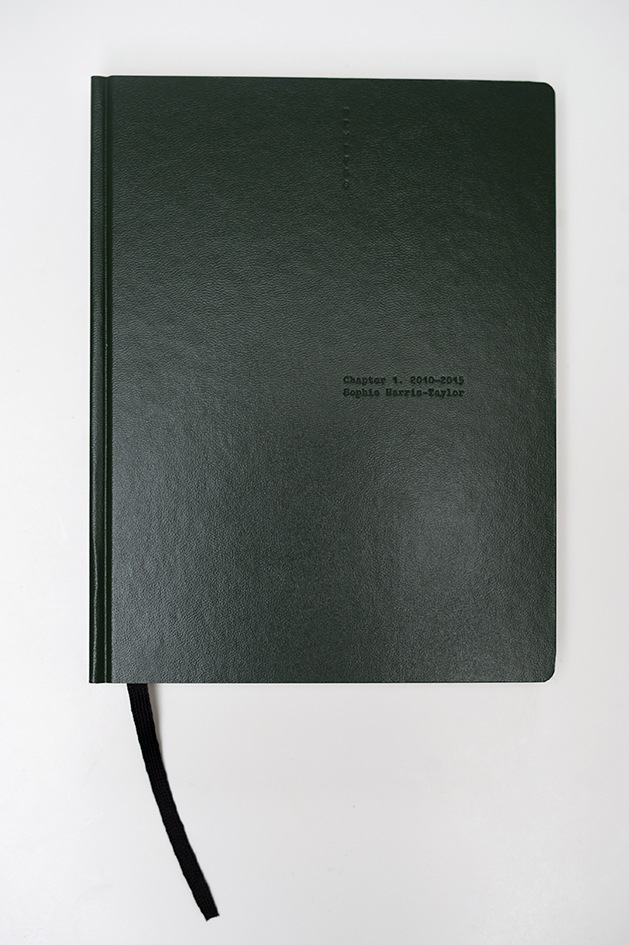 Sophie Harris-Taylor is a British fine art photographer and lecturer in photography. Born in 1988 in London, where she still resides, she received both her MA and BA (Hons) in Photography from Kingston University.

Harris-Taylor’s work has been nominated for the Taylor Wessing Photographic Portrait Prize and The Renaissance Photography Prize. Her work has also been exhibited in a range of shows, including The Young Masters.

(This review was originally published in F-Stop Magazine)